The rotunda built by Karl Keller in the 60s is located in the Thun Schadaupark. With its brick façade, the rotunda built especially for the panoramic painting is an adornment in the park. In 2014, the rotunda was restored and reopened with a new extension building by the architects Graber & Steiger.

The Thun city architect Karl Keller (1920-2003) outlined the first designs for a new building for the panorama as early as 1953. The building was constructed in 1960/1961. The former building that housed the cyclorama in Basel served as a model, which was a slender tower on a circular floor plan. Keller opted for a contemporary choice of materials and reduced the form to the situation and function. A reinforced concrete frame marks the shape of the rotunda and the red bricks as façade elements discreetly refer to the Schadau Castle, which is situated not far from the rotunda. Keller also selected new media for the interior: the circular skylight that enables centralised lighting, besides which he also changed the system for guiding visitors. The turret for the audience that goes through four levels provides the visitors with an overview as well as enables them to focus on details of the picture. 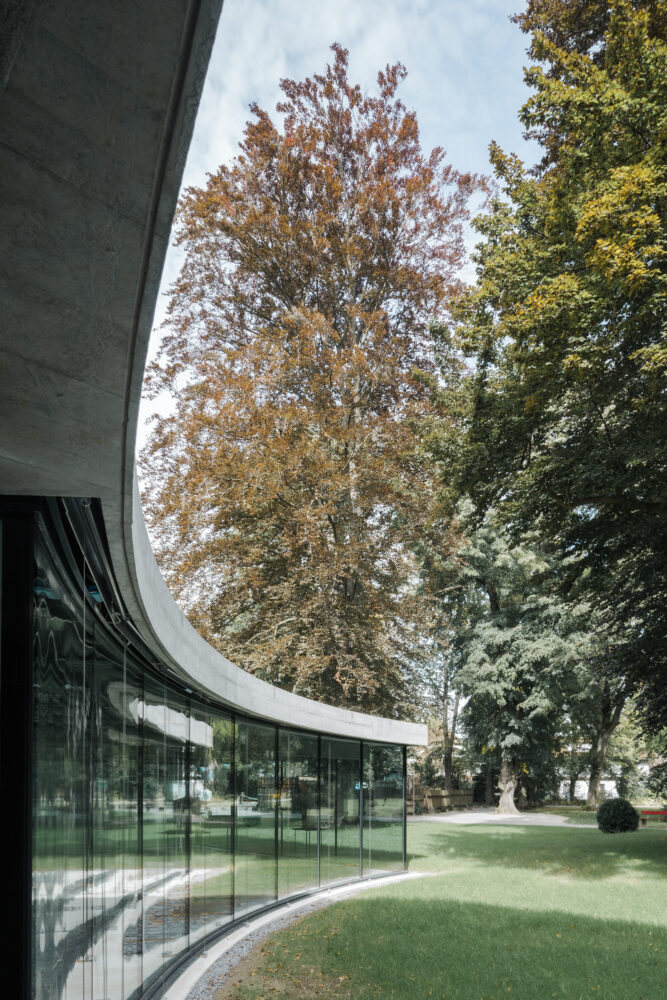 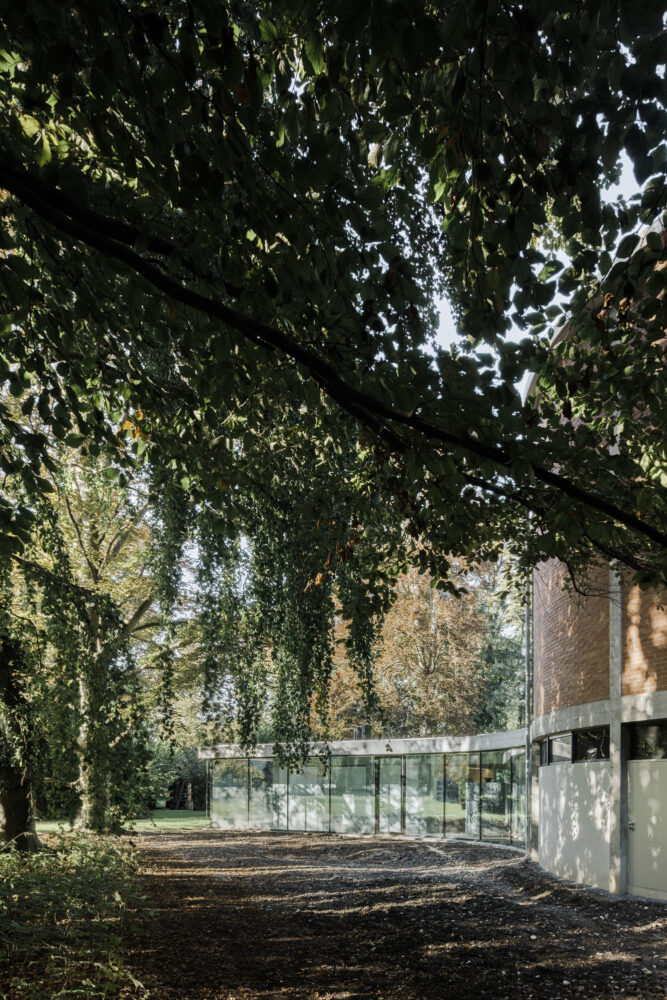 In 2009 the municipality of the city of Thun decided to modernise the infrastructure with an extension. The Lucerne architects Niklaus Graber and Christoph Steiger won the study competition with their project HIROBA (Japanese for ‘place’). The single-storey wing building takes up the idea of a closed rotunda and turns it inside out. While following its function, the introverted rotunda hides the real environment in favour of the virtual reality of the panoramic picture, the annex with its window facade stands open and inviting in the environment. 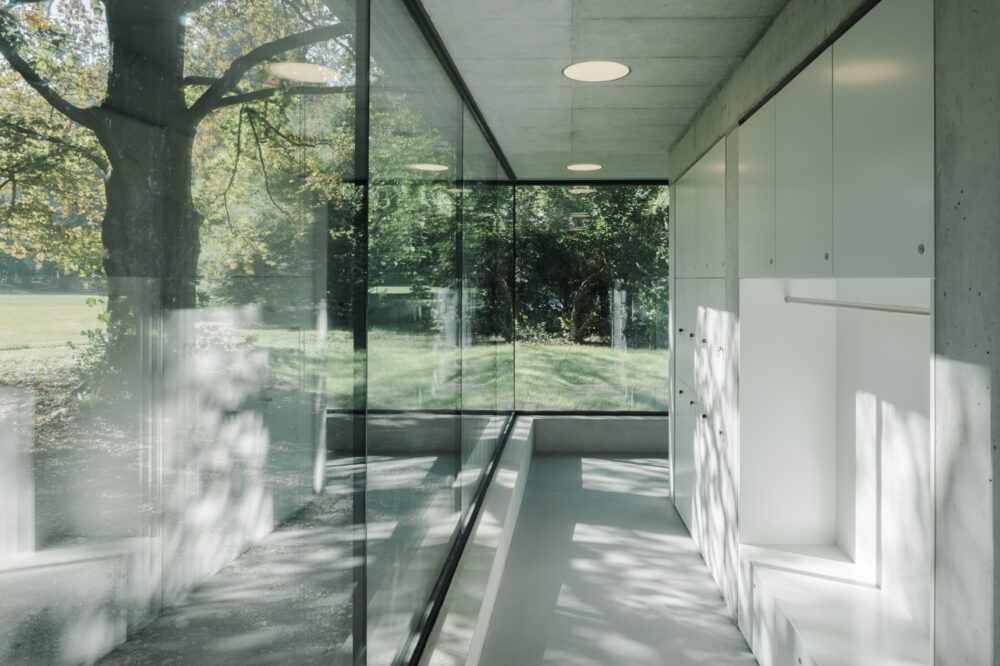 Situated in the new building are the new entrance area, a small bistro and a shop as well as a display area for events and alternating exhibitions. With the construction of the extension, the rotunda was restored and made earthquake-proof. Moreover, details in the presentation of the cyclorama have been modified, such as a new type canopy with integrated lighting. The one-year construction period was completed in September 2014. 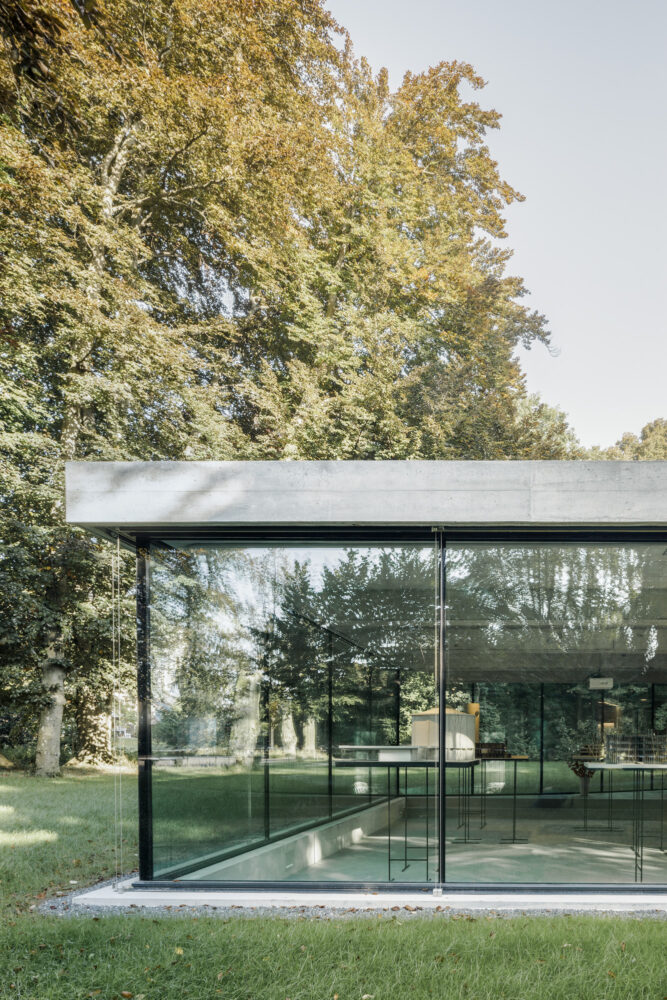 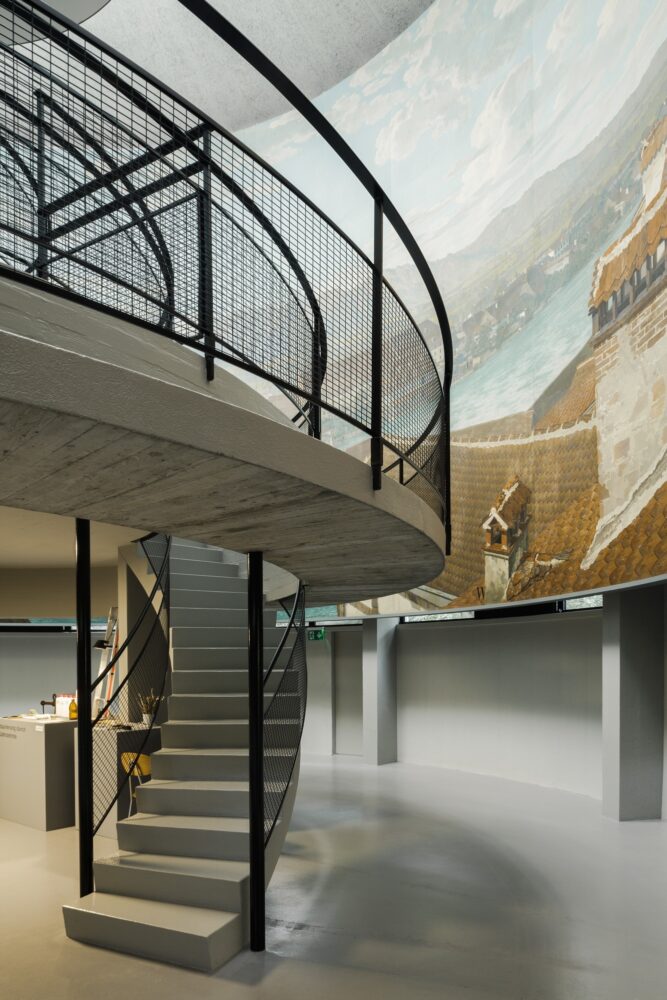