Not all the works in the collection of the Kunstmuseum Thun are hidden away in storage. Some of them are on tour, being presented in art institutions worldwide. For a museum without a permanent collection exhibition, this represents substantial added value.

The Künstlicher Fels (Artificial Rock, 1927) by Paul Klee has really been around and seen quite a lot. Despite its name, the work is not a steadfast rock of the Kunstmuseum Thun collection but frequently leaves the depot to be shown at institutions both in Switzerland and abroad. The painting has been exhibited twice in recent years at the Zentrum Paul Klee and will be presented this autumn at the LaM in Lille, France. What makes this such a sought-after picture? Formally speaking, Klee’s work addresses the interplay between the word “rock”, to which the values of strength and immobility are ascribed, and the adjective “artificial”, which undermines those very values. The surface structure interweaves ornament with architecture in a way that toggles between the organically grown and the constructed. The rock itself can be glimpsed as a space rendered in perspective in which soft red stands out somewhat from the dark surface of the picture. The work illustrates Paul Klee’s keen interest in artistic sources beyond the Western art academy and how they inspired him to explore varied forms of painterly expression. This is why the painting plays a key role for the show Paul Klee: I Want to Know Nothing (from 8 May 2021), developed in cooperation with the aforementioned museums ZPK and LaM. With its connection to Klee’s collection of children’s art, Art Brut and prehistoric art, it stands as an example of his artistic research into the “primordial beginnings of art”, which forms the focus of the travelling exhibition. 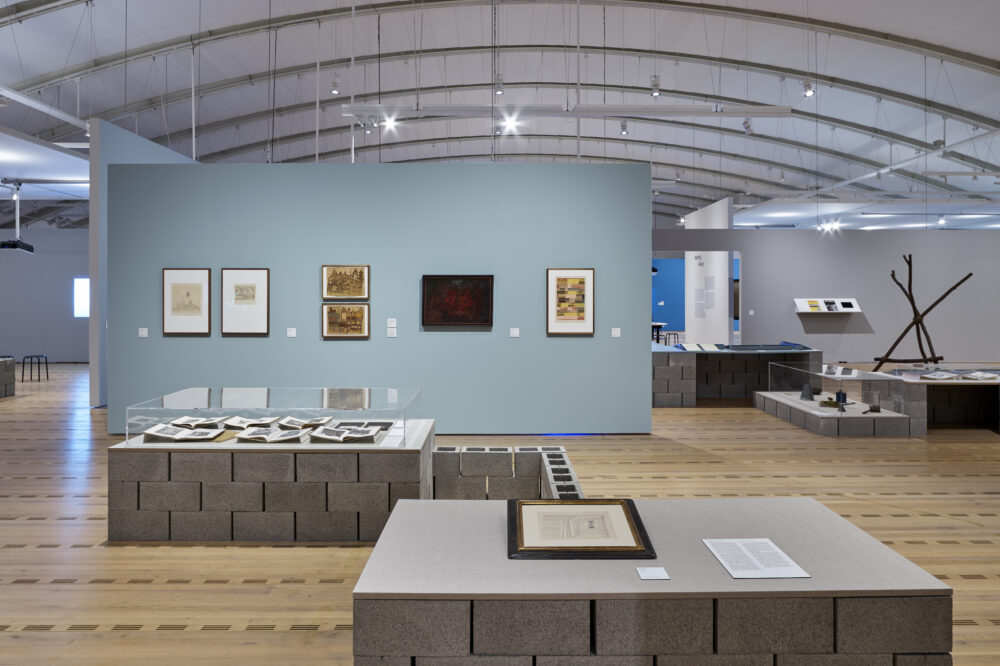 The Kunstmuseum Thun is not able to put its collection on permanent display. Apart from an annual collection presentation, only a few works find their way into thematic exhibition projects. It is therefore all the more gratifying that loans are possible between exhibition venues, making works of art from the depot accessible to a broad public and new audiences. The fact that the museum’s holdings are exhibited so frequently in other settings on the one hand attests to the diversity and significance of the works and on the other hand enriches our knowledge of the in-house collection. In addition to less popular works, there are also a few “stars”. Most definitely topping the list is Meret Oppenheim’s Three Clouds above Continent (1964), which has been loaned out around ten times in the last 20 years. For the first large-scale transatlantic Meret Oppenheim retrospective, the painting will travel in autumn from the Kunstmuseum Bern to the Menil Collection in Houston and onward to the Museum of Modern Art (MoMA) in New York. It will not be returning to Thun until spring 2023, when we look forward to seeing it again.